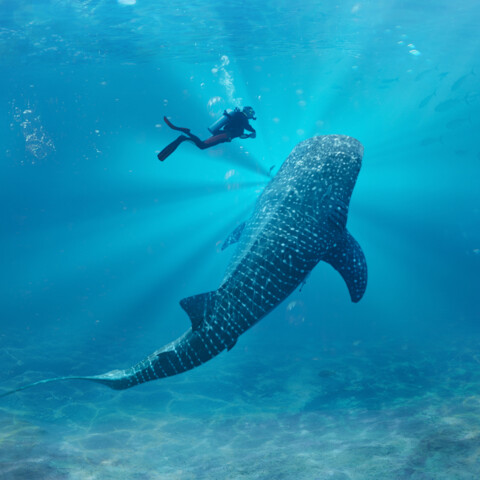 Qatar Tourism has launched a new international multi-media campaign, to drive forward the country’s tourism goals and cement its ambition to welcome more than six million visitors a year by 2030. The campaign features nine unique, engaging key chain characters designed to introduce travellers to the destination.

Under the tagline, “Experience a World Beyond”, Qatar Tourism will launch its latest development via a TV-led media campaign featuring the voice of Indonesian singing sensation, Raisa. Six key chain characters introduce travellers to the variety of experiences that Qatar offers, with a further three, friendly local characters representing Qatari tour guides.

The global campaign is inspired by the insight that today, more than ever, international travellers are looking for unique, authentic experiences that create unforgettable memories. Fast-emerging destination Qatar promises to deliver a safe, secure and accessible introduction to the Middle East, blending cosmopolitan modernity with Arabic tradition.

Chairman of Qatar Tourism and Qatar Airways Group Chief Executive, His Excellency Mr. Akbar Al Baker, said: “The country’s extensive developments are well underway as we welcome visitors from around the world, with exceptional hospitality at every touchpoint. The launch of the Experience a World Beyond marks a significant point in our journey to establishing ourselves as a world leading destination and welcoming six million visitors per year by 2030.”

Qatar’s new tourism strategy puts the visitor at the heart of all new programmes and initiatives and will leverage the peninsula’s variety of existing experiences, while capitalising on a wave of new hotels, theme parks, shops and major leisure projects that have recently opened, or are set to launch, in the lead-up to the FIFA World Cup Qatar 2022TM.

Qatar is renowned for its warm hospitality and commitment to excellence, exemplified by its award-winning carrier Qatar Airways, which is the only airline to be voted World's Best Airline six times by Skytrax. This is further complimented by the airline's home and hub, Hamad International Airport, which was voted World's Best Airport in 2021 by Skytrax. Such accolades further reinforces the country's warm and hospitable reputation as it looks forward to welcoming tourists to the State of Qatar through a seamless journey.

Qatar is a peninsula surrounded by the Arabian Gulf in the heart of the Middle East, with 80% of the earth’s population within a six-hour flight. Ranked the safest country in the world in 2020 by Numbeo, Qatar welcomes all travellers, and guests from over 85 countries can enter visa-free. Qatar has an incredible variety of easily accessible tourist attractions, a plethora of fauna and flora including Whale Sharks and the majestic national animal the Arabian Oryx, and most experiences are a unique combination of cultural authenticity and modernity. From iconic museums to high-rise restaurants, from thrilling desert adventures to world-famous events including none other than the FIFA World Cup Qatar 2022™, there is something for all types of travellers and budgets.

Qatar Tourism is the official government body responsible for the development and promotion of tourism in Qatar, facilitating the sector’s exponential growth. Qatar is a destination where people of the world come together to experience unique offerings in arts, culture, sports, and adventure, catering to family and business visitors, rooted in Service Excellence. Qatar Tourism seeks to boost the entire tourism value chain, grow local and international visitor demand, attract inward investment, and drive a multiplier effect across the domestic economy. The Qatar Tourism Strategy 2030 sets an ambitious target to attract over six million international visitors a year by 2030, making Qatar the fastest growing destination in the Middle East.